Invited Faculty for 2022 (subject to change)

Please check back periodically for updates

Thomas Christian was born in Linz. He currently lives in Vienna. He received his first violin lessons from Franz Toifl (a student of Jan Mařáks), at the age of seven. At the age of eleven he was the winner of an Austrian violin contest in Vienna. Read more>>

Violinist Yu Jeong Lee has been recognized as both a virtuoso and passionate educator. She has been featured as a soloist in many renown orchestras, including Sejong Soloists, The Juilliard Orchestra, Aspen Young Artists Chamber Orchestra, Corelliard Chamber Orchestra, Seoul Philharmonic Orchestra, and Korean Symphony Orchestra. She has also had the honor of being the principal violinist of the Buchon Philharmonic Orchestra as well as the concertmaster of the New York Sinfonietta and University of Maryland Symphony Orchestra. Read more>> Dr. Shumin Lin earned her Doctor of Musical Arts degree from Arizona State University, where she studied with Dr.Katherine McLin. She enjoys a prolific performing career, performing all around the world, as a soloist, recitalist, chamber and orchestra musician. Read more>>

Alicia Marie Valoti has held an internationally fruitful music career as a young violist. Beginning as a pianist at Indiana University Bloomington, she eventually came to study the viola and later completed a performance degree at McGill University in Montréal. Following her time in Canada, Dr. Valoti continued her studies of viola and chamber music in Italy at the Scuola di Musica di Fiesole, the Scuola APM di Saluzzo and the Conservatory of Florence “Luigi Cherubini”, where she received a Master’s degree in viola performance with the highest honors as well as a Performance Diploma in Viola and Chamber Music. Read more>>

Susan Lamb Cook is Lecturer in cello and chamber music at the University of California, Davis, a member of the Sacramento Philharmonic & Opera and the Sacramento Choral Society and Orchestra, and director of the VITA Academy’s Great Composers Chamber Music Series at the Harris Center in Folsom. Reed more>>

Dr. Ka-Wai Yu is Assistant Professor of Music at Dixie State University, where he teaches cello and string chamber music.  He previously taught at Eastern Illinois University and Indiana Wesleyan University.  In great demand as a clinician, Dr. Yu has given master classes in numerous universities and institutions in North America and Asia. Read more>> 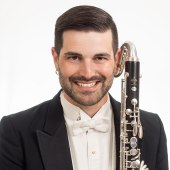 Praised for his “great skill and captivating sound” by Clariperu, American clarinetist Calvin Falwell is quickly becoming a sought after soloist and chamber music collaborator. His performances have garnered praise from critics and audiences around the world. A true champion of new music, Calvin has had the privilege of premiering numerous works for both clarinet and bass clarinet including works by Todd Goodman, David Thomas, Max Lifchitz, Suzanne Polak, Bradford Blackburn, Paul Reller, David Stock and Joseph Hallman. Read more>>

Carol Jessup is a member of the performance faculty at the University of Texas at Arlington where she teaches applied clarinet and coaches chamber music. She received the Doctor of Musical Arts degree in music performance from The University of Michigan where she studied with professors John Mohler and David Shifrin. She is a graduate of Texas Tech University and Michigan State University, and a student of Keith McCarty and Dr. Elsa Ludewig-Verdehr. Read more>>

A prizewinner in the National Society of Arts and Letters Woodwind Competition (1999), the Orchestral Instrument Competition (2001), and a recipient of the Tennessee Arts Commission’s 2013 Individual Artist Fellowship award, Mr. Wang is committed to promoting both the music of our time and the classics. He performed the Chinese premiere of Elliott Carter’s Hiyoku and has worked closely with composers such as Ezra Laderman, Martin Bresnick, Krzystof Penderecki, Aaron Jay Kernis, Lee Hoiby, Paul Schoenfield, and Chen Yi. Read more>>

Hornist Kristine Coreil is on faculty at Northwestern State University in Louisiana and performs with the Shreveport Symphony Orchestra. She is a frequent recitalist across the United States, and recently premiered a new work for natural horn, piano, and pre-recorded ship’s bell at the 51st International Horn Symposium in Gent, Belgium, by British composer Martin Ellerby. Read more>> 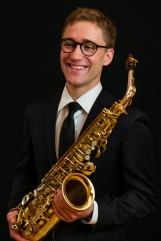 Classical saxophonist Jonathan Hulting-Cohen maintains a multi-faceted career as a soloist and chamber musician. Debuted as soloist with the Philadelphia Classical Symphony in 2011, he since has performed concerti with the Adrian Symphony Orchestra (MI) and Sequoia Symphony Orchestra (CA). Read more>>

Pianist Andrew Cooperstock performs widely as soloist and chamber musician and has appeared throughout six continents and in most of the fifty states, including performances at New York’s Carnegie Hall, Lincoln Center, and the United Nations. Read more >>

Catherine Kautsky, Chair of Keyboard at Lawrence University, has been lauded by the New York Times as “a pianist who can play Mozart and Schubert as though their sentiments and habits of speech coincided exactly with hers … The music spoke directly to the listener, with neither obfuscation nor pretense.” Read more>>

Known for her colorful and imaginative sound, Dr. Eneida Larti enjoys an exciting career as a performer, educator, and chamber musician. Currently an assistant professor at the University of Idaho, Dr. Larti leads the areas of collaborative piano and piano pedagogy. She has held positions at the University of Colorado Boulder and Ouachita Baptist University. Read more>>

Born in Montreal and raised in Seoul, Clara Shin owes greatly to her teachers, starting with Young-Mee Yun during her studies at Yewon School through Seoul Arts High School. When Korea National University of Arts was founded in 1993, she was accepted to study under Kyung-Sook Lee, Jong-Pil Lim, Daejin Kim, and Choongmo Kang. Read more>> 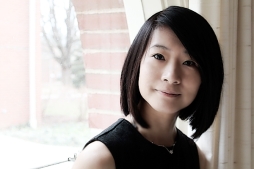 Olja began to study the harp at the age of 5. She completed her studies atthe Tchaikovsky Conservatory in Moscow, where she graduated with distinction.
Olja furthered her professional abilities participating in master classes given by Isabelle Perrin, David Watkins, Susanna Mildonian, Chantal Mathieu and Isabelle Moretti.  Read more>>

Born in Luxembourg in 1979, Paul Kayser began studying violon and solfège in 1986 and organ in 1989 (class of Pierre Nimax jr.) at the National Conservatory of Music at Luxembourg-City. Read more>>