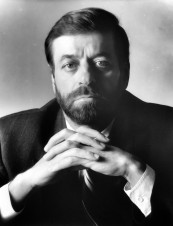 Born in the Urals (Russia), studied piano and organ, and in 1972 won the first prize at the Soviet Union Piano Competition. He was active as a lecturer at the Music College in Alma-Ata, at the Felix Mendelssohn-Bartholdy Music College in Leipzig and the Meistersinger Conservatory in Nuremberg (Germany).

In 1991, having meanwhile twice being designated as the best accompanist at International competitions, he became Professor of coaching and chamber music at the College of Music and Performing Arts in Frankfurt-am-Main.

Eugen Wangler, whos special interest lies in vocal performance practice, is particularly known through his busy concert activities, as well as for his recordings for the radio, television and disc, with such top International artists as Galina Vishnevskaya, Aldo Baldin, Luisa Bosbalian and Julia Hamari, among others.

Beyond his College responsibilities, Wangler devotes himself as a mentor/Artistic advisor to various organizations which promote advancement of gifted young musicians.